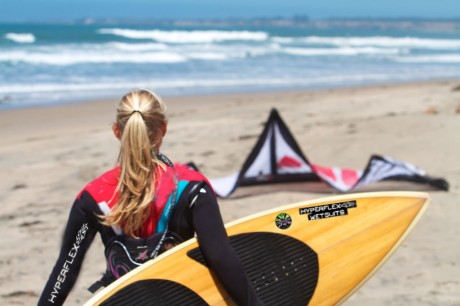 This has been such an amazing year for me and I want to share all my adventures and accomplishments with you in this last blog post of 2011.

First I want to say that kitesurfing transformed my life for the better since I started in mid 2008. I could not have imagined the amount of waves I could catch during this time and the amount of fun I am having. Also the most important and rewarding thing that has happened during this time are the close friend I have made and how much closer this sport brought me to my husband Chuck.

After having no wind for over 3 months last winter here on Oahu, we were back in the water around mid March.  I could not wait to glide again through the water with my kite and surfboard.  When the wind did finally return it was on pretty much every day for the rest of the year. We were also lucky because the waves were fairly consistent throughout the summer months and this winter has been unreal so far.  The conditions were so good that I took 10 days off of work in April to kite everyday and shoot some photos and video with Chuck. It was during those ten days that I got my first real session at Backyards! What an adrenaline rush that sessions was.  Here is a pic JB took of me that day. 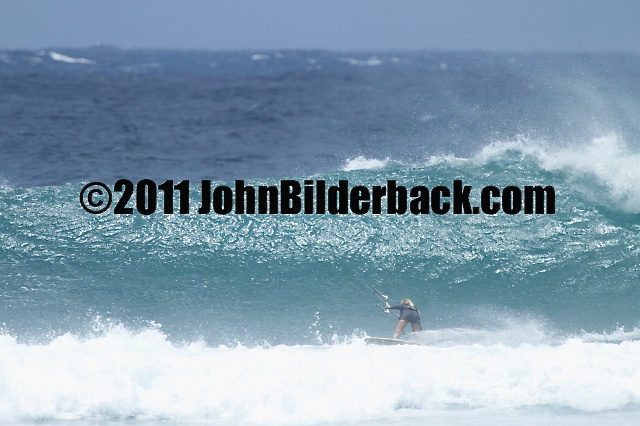 In July I got invited to be part of the Triple SSS event in Cape Hatteras. We scored a few days of really fun waves and wind and I placed 1st in the surf sessions. This was an amazing event to be part of and everyone there was super friendly and the local fans were all super stoked with the sport in both freestyle and surf.

On the way back to Hawaii we stopped in Santa Cruz, CA so we could kite Waddell Creek. We scored a few really good days, but the best session I had there was at Scott’s Creek!  The wind direction was perfect side shore and the waves were in the 4-6ft range. Long rights peeling down the line with just a few guys out! Santa Cruz was really cold and it was hard to kite for long hours like I do at home. The weather and the water temperature was around 50°F. 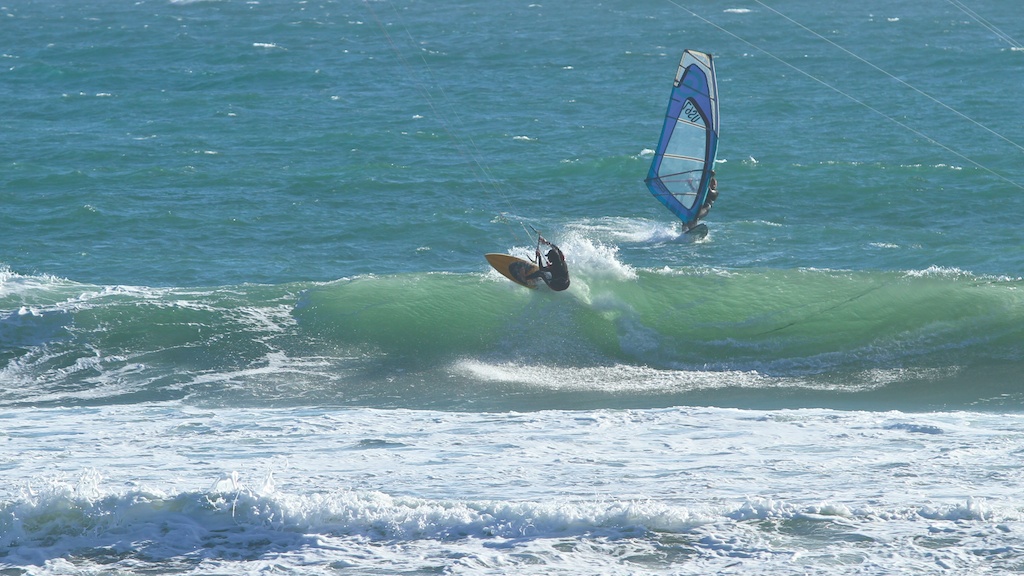 The following month I got a letter from the KSP World Tour Event saying that I got a wild card to compete in this years world tour. This was great news for me and I was very excited about the opportunity.  Because of my work schedule and not having a major sponsor to help me go to every event, I decided to go to Peru and Cabo Verde.

Chuck and I went to Peru two weeks before the contest started. This was my first time riding lefts and I needed to get some practice riding on my switch stance. We first stopped in Lobitos and scored some really nice waves for a whole week. At the airport  in Lima we met up with Sylivio Mancusi, his wife Bia and Sebastian Ribeiro. Sylvio is a TV host for a sports channel in Brazil and during our stay in Lobitos we filmed a whole show that will air in Brazil in a few weeks and it was a lot of fun!

The contest was held in Pacasmayo, which is home to one of the longest lefts in the world. What an amazing wave and place!!!! The resort we stayed at was really nice, it is called El Faro Resort and I recommend this place if you ever go kite or surf in Pacasmayo. The crew at the resort is super helpful and is always looking after us when we are kiting. This was an awesome place to have the second stop of the KSP World Tour event. During the competition I got some really nice waves and had two of the tightest heats of the contest against Kelly Wren and Milla Ferreira, loosing by just 0.25 to Kelly and 0.01 points against Milla. I was so happy with my riding in Peru and I think I did really well for not ever riding on my switch stance. I placed 5th in the competition and won an award for best up-and-coming rider of the event. 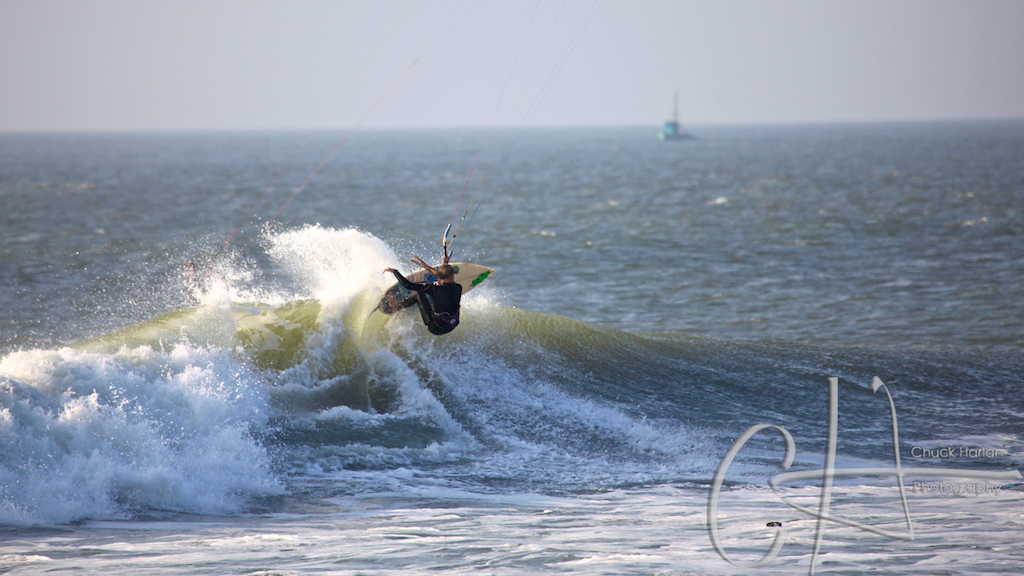 In late November we were off to Cabo Verde for the last stop of the KSP tour. This was my dream place to go to since I started kiting. Unfortunately mother nature didn’t cooperate for us during our stay and we only really had one good day of wind and waves. Because the waves were not big enough to kite Ponta Preta, they had to call off the contest and instead we had an expression session at “Secret Spot”.  I got 1st place in the expression session and was so happy to finally get in the water and kite. 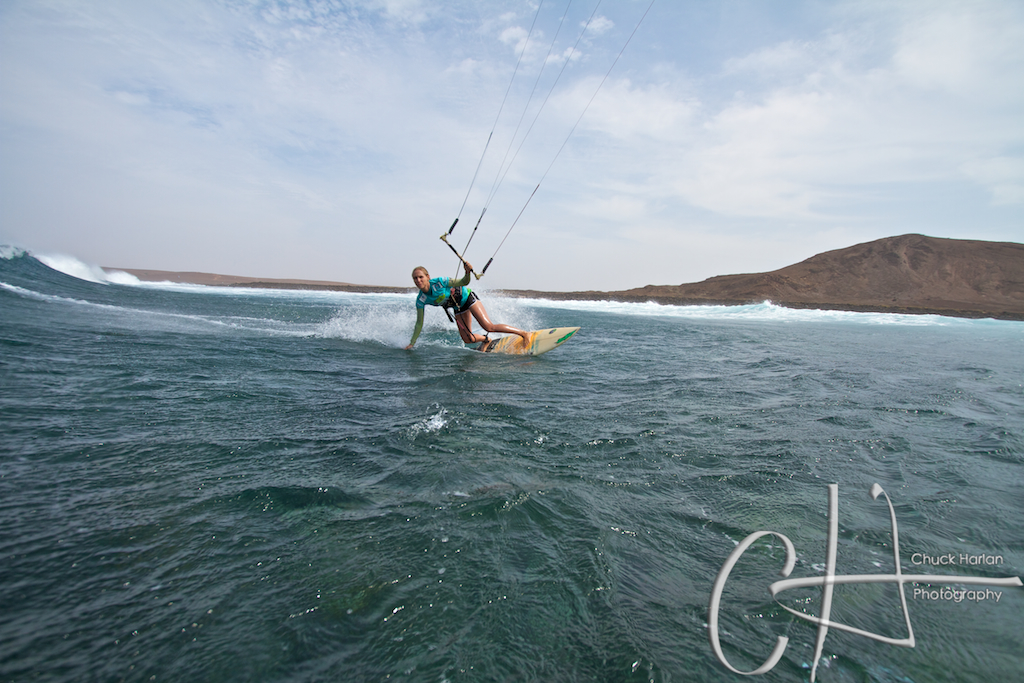 This was truly an amazing year for me and I just hope that I can be this lucky again in 2012. Thank you to all my friends, my family, my sponsors Hyperflex Wetsuits (http://hyperflexusa.com/) and Tambor Acai (http://tamboracai.com) for all the support and thank you Chuck Harlan for all the countless hours you spend taking photos and video of me at Mokuleia and all your coaching! 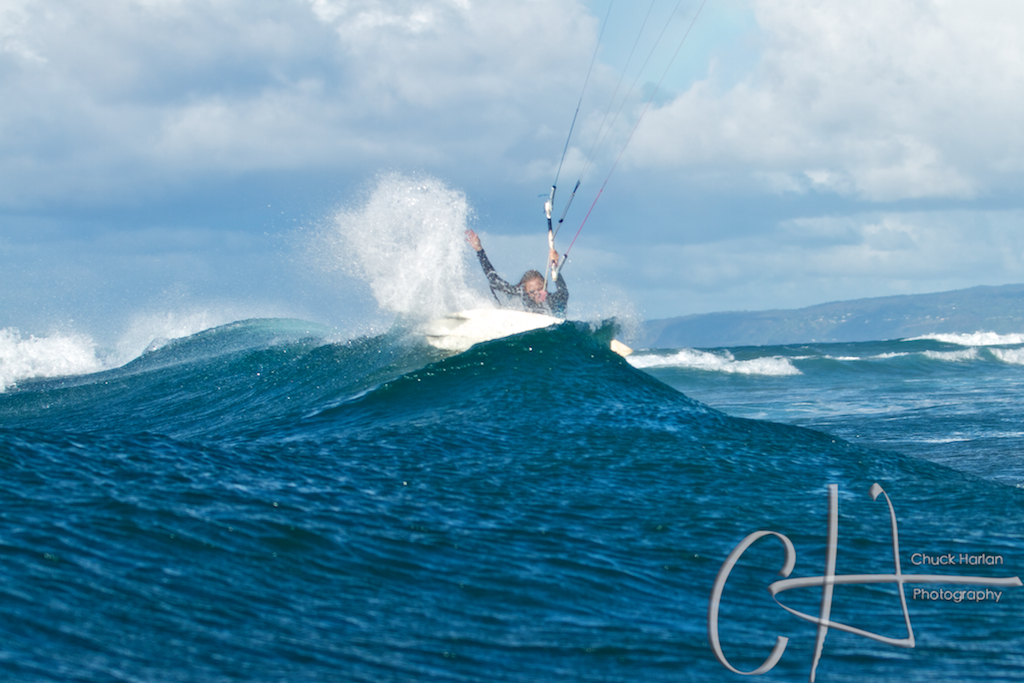 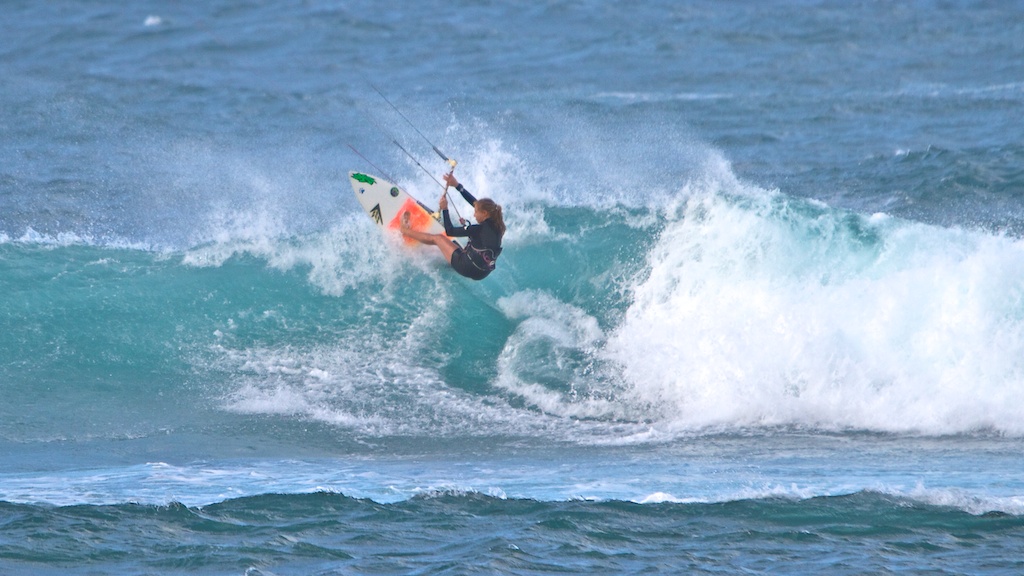 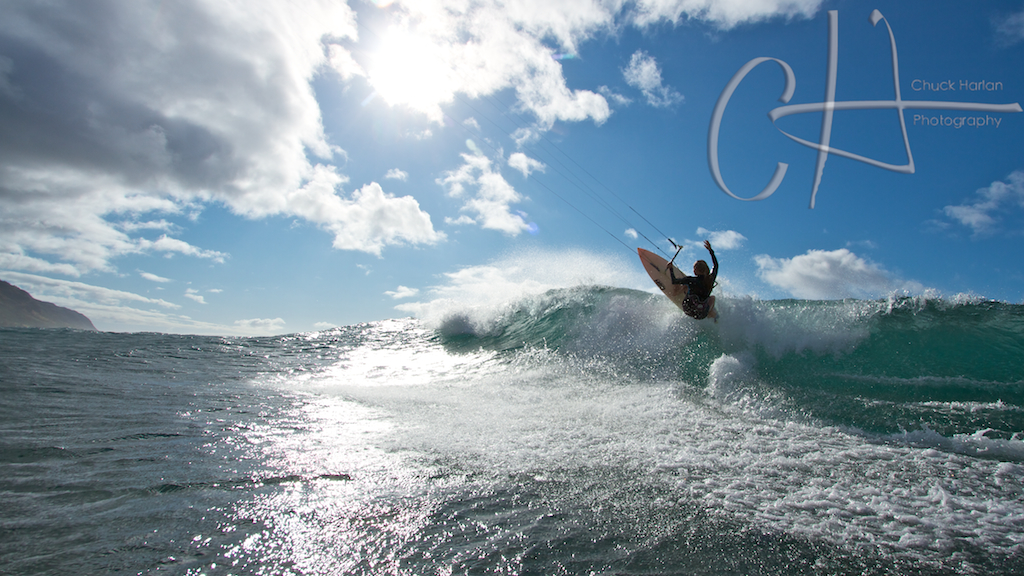 I wish everyone a great New Year filled with lots of wind and waves!